Deep Nebraska Defense Hopes not to Miss a Beat 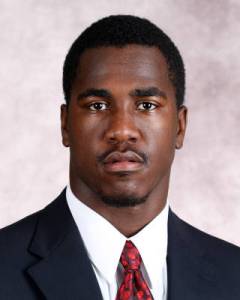 LINCOLN — With Ndamukong Suh off to the NFL where he’s already terrorizing quarterbacks, the Nebraska defense is looking for new leaders to help regain the swagger it had at the end of 2009.

Husker Defensive Coordinator Carl Pelini said during Nebraska’s press conference Tuesday ahead of Saturday’s game against Western Kentucky, that even with Suh and a group of other starters gone his mind is more at ease.

There’s more than a single reason why Nebraska hopes not to miss a beat in 2010.

The Blackshirts are deep at every position.

“I think there’s a quiet confidence about things,” Pelini said. “I think the swagger comes after we face opponents. It is always a nerve-wracking time heading into the first game. You feel untested and not sure how you’ll react to different situations. Until you step on the field and call the first play and it plays out, the jitters are there.”

Nebraska coaches and players Tuesday went on and on about the play of junior college transfer linebacker Lavonte David. Pelini was equally excited about the depth in the defensive line — Jared Crick, Baker Steinkuhler, Thadeus Randle, Terrence Moore, Chase Rome and others.

Don’t be too surprised, however, if David makes an immediate statement on the field.

Head Coach Bo Pelini said David is unusual for a first-year player in that he’s caught on to Nebraska’s defensive system and is making plays — just months after arriving on campus.

“Lavonte’s had a great camp,” Carl Pelini said. “He is as instinctive of a football player as I”ve been around. He has progressed because of those instincts. He’s going to be on the field for us. I’m not usually as confident in a first-year player heading into the first game.”

Husker receiver Brandon Kinnie, who faces David and the defense everyday in practice, said the linebacker causes problems for the offense.

David’s chances of starting improved with the loss of Sean Fisher to a broken leg for the season, as now David, Eric Martin and Will Compton appear to be the top three linebackers.

In addition, Carl Pelini said senior defensive end Pierre Allen came into fall camp much stronger and faster. That is the case, he said, because Allen has recovered from a series of physical problems, and unlike previous off-seasons, was able to work on his strength and speed during summer workouts.

“He made huge gains in the off-season in a short time,” Pelini said. “I think he’s got all the tools.”

Allen is part of a defensive line that is in a better position than it was one year ago.

“I sleep a little better this year than I did last year,” Pelini said. “We’re going to be fresher and healthier and I expect our defensive line as a whole to have no drop off. There is always a focus on today. All I’m worried about is today and how we practice today. Everyday guys are fighting for playing time. Depth has done that.”

Crick said he expects the defensive line will play well even when he’s on the sideline.

“I love our depth,” he said. “It’s going to be hard coming off the field but it’s good to know the guy replacing you can get the job done.”

Posted on September 1, 2010, in Blackshirts. Bookmark the permalink. Leave a comment.